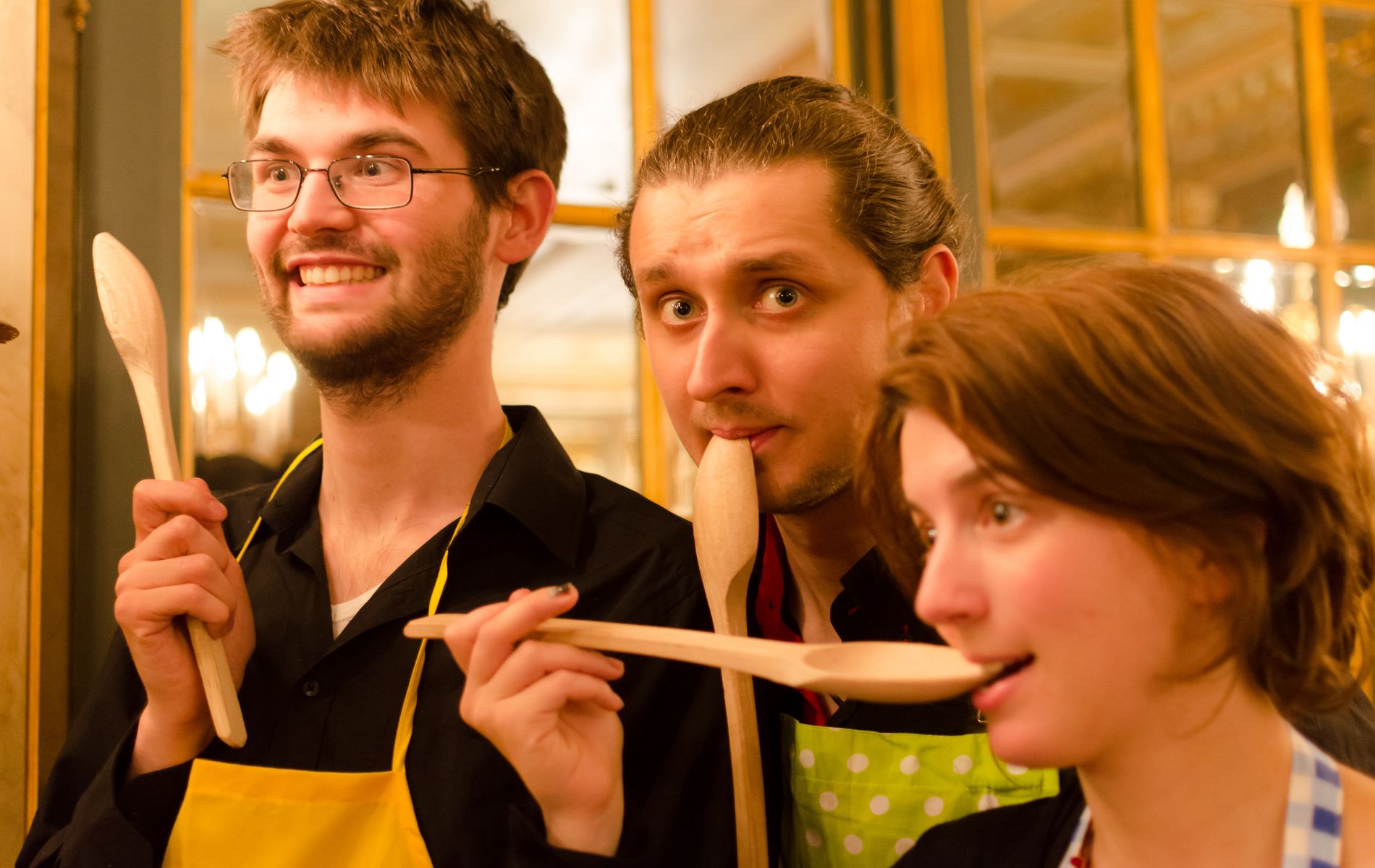 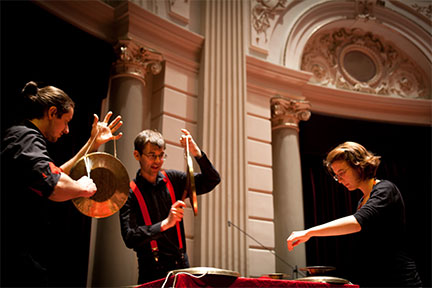 Percussion ensemble Davai Perkusion was formed by Konstantyn Napolov (Ukraine), Natalia Alvarez Arenas (Spain) and Thibault Engel (Luxembourg) in 2011. Mostly they present themselves as a trio, but also they perform with two of them and in larger chamber ensembles which contain other instruments. They met at the Royal Conservatory in The Hague, where they currently are fourth-year bachelor students.

Davai Perkusion gives substance in their own way, to their modern classical repertoire. They integrate theatrical elements such as choreography and small shows, which promotes the approach to this kind of music.

With an amazing and fabulous performance in the Concertgebouw Amsterdam, Davai Perkusion won the first prize at the Grachtenfestival Concours 2013.

In February Davai Perkusion participated in the International Percussion Competition Luxembourg 2012 and in April they performed in the final round of the International Chambermusic Competition Almere. In May Davai Perkusion won a talent competition for students in The Hague, which gave them the possibility to play on the 'Oh oh Intro 2012' of a large student-festival. For this occasion Konstantyn Napolov composed extra wind parts for the piece “Fabricco” (by M. Reumert).

Next to their performances in Dutch concert halls, open air stages and art-galleries, Davai Perkusion already played in Germany, France, Luxembourg and Belgium.

Two compositions were dedicated to them; “Red Bells of Joan Miro” by the Ukrainian composer Maxim Shalygin and “Percussonata a Tre” by the Luxembourgian composer Johny Frits.